My Blog Is Two Today. Hurray! 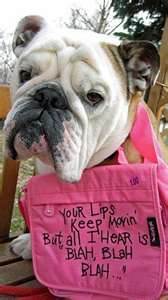 From Yahoo Images via http://www.theentertainingelf.com Note: My McAfee flags this as a risky site so I haven't gone there and don't recommend you do either. I just kept the link listed as a courtesy since that's where the picture is said to come from.


My blog was two "today" [as I write this back-dated post it's about a week from the November 6th, 2012 U.S. Presidental Election that is exactly two months before my next blog anniversary - all of which is to say that my baby has been sorely neglected. Good thing this is as close as it comes to me having kids :)].

Why didn't I post anything on the real day? Why did it take me almost ten months to do something? The answer offers a fairly sad, definitely disturbing, certainly long-winded look into my head. LOL. When I last posted for real (that is, in a properly dated and timely fashion) it was December 12th, 2011. My last post was about a tri-fold of randomness. First listed was my first Social 20-1 marks.

I have wanted to post off and on (admittedly mostly off) for the entire ten months. What stopped me more than anything was the usual silliness on my part of wanting to have what I considered parallelism in my posts. Specifically, my first and second years posts. I had 104 posts in Year One (2010) so I thought since I was so close (100 according to the published number) I could do it again in Year Two.

But then I thought about the fact that the published numbers differed from the running cumlative total for all years and that the backdated drafts (ten total - seven before my 200th post as counted by me and three for this year, this one being the only neccessary one) were included in the number that made up my 200th post so not posting any of them would have made my 200th post title and, well, post a lie. But posting all seven would take me past ...

... both 100 and 104 which were the two numbers I could choose to hit. 104 for parallelism or 100 for a "smack-dab" on the mark, well, 100! So I spent most of the end of 2011 and the beginning of 2012 debating what to do. All without having done this math because it confused me. LOL. And I wanted it all. All three disparate results when in reality I could only do one thing. Decisions. Frustrating decisions. So, of course, my ultimate decision - till now - was to do nothing! LOL.

What brought me back finally and made me shit or get off the pot was that a) it is almost a year, b) some "important" blogging occasions are coming up or have (in one case) just past (I can always backdate - right? - lol) and c) at the point of the coming third year anniversary I just knew I had to go back and have a second year anniversary post. Even if it was as lame as this explanation. LOL. If for no other reason than if I didn't then I might never get back to it and certainly not in time for ...

... the one year anniversary of my last non-backdated post (December 12th, 2011) which is important for two reasons. First, but not most importantly, because what better time to make sure to be back by than no later than a year. Second, and much more important to someone who worries about nuttiness like all of this, is that December 12th is a rather important, or at least interesting date this year!

But before the twelfth of December look for not only this one to be slipped in as a "backdated post" for 2012 along with another backdated post for my birthday this year (10-11-12) that was a little over two weeks ago but also a few that may or may not show up in the next few days on time which is late October/early November. Specifically I have something planned for Halloween and would also like to comment, in a timely manner, on the 2012 U.S. Election (Obama! Obama! Obama!).

As for the seven backdated ones to make my 200th post "official", look for them as time passes as opposed to now since I want to focus on getting current. Not only that but some of the seven are not things I want to post anymore so I have to think of things that will fit in in their place. Besides, I will have to direct any of you left who haven't given up totally on me, back to them in current time as I post them. ...

P.S. The picture I chose for my first post back reflects the nature of this post quite well (and includes a cute animal what could be better). Better than anything birthday (belated or otherwise) related - I'll save that for next year when hopefully I've earned the right through consistent posting.

P.P.S. I guess I could have added this at the end of the main blah, blah, blah but it seemed more of an add on. In the interests of some parallelism (you can take the girl out of ... - lol), and as I mentioned briefly above, my last post started with my first marks for my Social ...

... This post being the first back I should note that I piddled around with that course and ended up only getting two of six modules done in the entire year. Thankfully, it allows for it to be done over two years. So coming back today was partly to mention my third mark ...