I is for Internet or Little Mouse on the Prairie 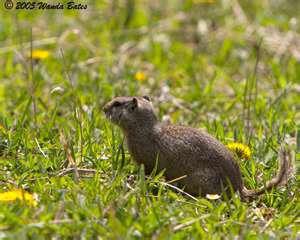 This picture comes via http://pbase.com/ From checking the link when I added it just now, it seems to be a photo sharing site. I got the picture originally from a search on Yahoo Images.
As you can see, the picture is, in fact, a "little mouse on the prairie". LOL. I titled (or rather sort of sub-titled) the post and added the picture in honor of my speech yesterday of the same name. I thought I'd talk a little about that today. I am writing this pretty much only because I said I would yesterday. It seemed like something worth doing yesterday. Today, not so much. Well, I said I would so I'll at least take a stab at writing something about it.


You see, yesterday when I finished my speech I was sort of on cloud nine. It was my second speech in the first manual like I think I might have mentioned yesterday. While I had completed the full first manual (the old version - actually probably a couple versions back!), I wasn't pleased with most of my speeches from that time around. That's why when I joined Toastmasters again this last January I decided to re-do it. So instead of the CTM I had gotten the first time around, if and when I finish this one my certification will be called a CC.
So, as I said, writing about it is probably silly in the clear light of day (or what would be the clear light of day if I actually wrote many of my posts in the daytime - lol) but here's what I thought yesterday was of such importance to share. My first speech which was titled, "My Name Is Carmen, And I'm A Zyngaholic". Like the first speech my second speech dealt with things internet. This time though, instead of dealing with one aspect only - the game Cityville basically - I talked about my obsession (yeah, I guess it is a bit of an obsession) with "connecting" with all and sundry over the internet.
Through e-mail to Twitter, from Facebook to here at Blogger. I could have went into more of my avenues for exploring the internet like Yelp and such but as it was my speech was almost perfectly timed as it was. Only :37 over the max time span given of 5 to 7 minutes. This was a bit of an improvement (about :45) from my first speech. That one was supposed to be 4 to 6 minutes and clocked in at 7:15 or so (give or take a few seconds). So, in terms of closeness to the target time, I was better this time even though the total time was actually about 30 seconds more.
Other than gloating about being pretty good for time (it's harder to plan than you might think) both times (which is a h-u-g-e improvement over my previous attempts the first time around doing my CTM), I had written my entire speech out word for word. This is another win for me. That in spite of the fact that the program actually encourages  expects you to eventually (sooner rather than later) not use a fully written out speech. It suggests that if you do write it out in full to start, that you then break it down to note cards with the highlights listed that you can glance at - if need be - should you forget a part.
I'm not sure, as my mentor (who I didn't use for the first speech due to time constraints - eg. me doing it at the last minute - lol) is now no longer in Toastmasters this new year (which started in September) so he couldn't help me this time either, but I think you are to try to plan the speech to be a "modified Table Topic" (little extemporaneous mini-speeches) rather than memorize the speech in "chunks" since a notecard wouldn't be entirely helpful if you forgot part of a highly memorized, word-for-word speech.
Thinking of it this way (as a longer Table Topic) might actually make some sense. After all, when I was giving my speeches in my former Toastmaster life and was about 50/50 (to be generous) in giving "ok" speeches I did go the free-flowing style. In fact, that is where I coined (for myself anyway) the term "modified Table Topic" speech. Truthfully, when they work they really work. It obviously allows for freedom to have great eye contact, gestures and just a generally more spontaneous looking presentation.
But back to me saying that writing out my speech for the second time was a "win" even though it is something I will need to get away from if I am to succeed in terms of completing my manual and the program in general as it is meant. I am happy about writing it out in full because the first time around, I had a real mental block about doing this and I think that it is the perfect starting point. This is because if you write it out in full you can flesh out details.

Also, with my former problems with time management in my speeches (shades of my many epic posts - lol) it allows for timing a speech in a way that you can't, at least initially, plan for with a more off-the-cuff like (and I stress the word "like") speech. So basically, consider this my not so short and sweet bit of crowing about my accomplishments to date in my new club. Oh, one final bit of boasting. Just like the first time, I was able to add a number of jokes to my speech. I didn't hear anybody LOL but I was told that people smiled. That's good enough for me. I guess. For now. Eventually, I'll have them rolling in the aisles. That's the plan.
Carmen
Posted by CarmenT at 10:33 PM