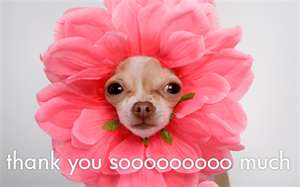 This photo from Yahoo Images as is often the case and via http://www.goodorbademail.com/ and if you go there and scroll down and look at the triple boxes that say other things you might like or something similar you can find funny things like "Rupert Murdoch's No Apology Letter"
As for the picture itself, there were other Thank You pictures that displayed the thank you in greater detail but this was one of the cutest. I think the recipients should like it.
Speaking of recipients, just like the first three thank you's in the title, the first three people I want to thank are my three newest followers Indra, Alexia and Elle. The final thank you ﻿(in brackets like this) are for Jamie J over at http://itsagaylife-jamiessmiles.blogspot.com/ who left a comment.
Both the new followers and the comment are I believe linked to a post I left yesterday in the blogger coffee shop forum under a thread I started called "My Blog Is Lonely".
While I'm at it, I'd also like to thank any previous people who joined who weren't individually thanked. I know I missed a few of you. I'm sorry. Just know that I appreciate you as well. I just dropped the ball during that period of time. But I still value you just as much. So for you ... 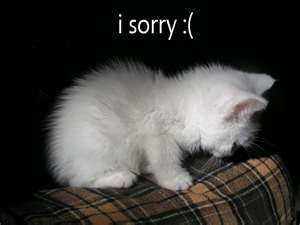