Found a funny story in one of the free daily papers (Metro or 24 Hr's) that talked about a actual professor at some U.S. university who actually refuses to teach his class if his students don't all bring a snack to class. 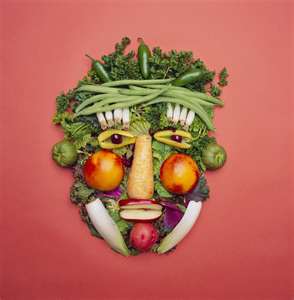 Above, is a picture from Yahoo Images via http://www.gurufeet.com/ which, if you choose to follow it, calls itself "a meeting place for spirtual people". Like, presumably, Mr﻿ Professor Snackmaster.

Considering his dedication to having snacks in the classroom has spanned 39 years! and involved him walking out of his class in the last week or so because one person seemingly forgot their portion of the class snacks I thought that this would be a good pictorial representation of the good professor.

Quoting from the Edmonton Sun (I found the article - it's the Sun and not Metro or 24 Hours), which was itself taking it's article from the Sacramento Bee newspaper, he tells students on their first day and even puts it in a handout. "Not having a snack = no Dr Parrott (George Parrott of Sacramento State University) or TA's. Now you are responsible for your own lab assignment."

He offers a rational that I won't bother to explain in depth since I'd just be parrotting the article. LOL. But I will summarize it. He says the obligation encourages students to work together and brings together students who might not have anything to do with one another otherwise.

Further, he states that having snacks in class keeps his classes from being too "formal and rigid".

He even goes on in the handout to diss Nabisco products specifically (although I'm fairly sure that they are specifically getting tarred with a brush meant for all processed goodies!) under the category of "Bad Ideas"

"Good Ideas" include homemade or, I guess in a pinch, bakery items, and fruit &/or veggie platters.

I called this post Mr. Snackmaster because, in Toastmasters, in two of my old club's and in some others I've heard of, there was always a person designated to bring snacks for the group - the snackmaster.

I always thought it was a good idea in Toastmasters. When reading the article about Professor Snackmaster I thought that the term the papers used for him - eccentric - definitely fit. But really, what's good for the goose... (if that saying actually applies - lol). Maybe it's not so crazy after all.

I mean he did even offer a rather elaborate rationale, that I mentioned above, as any good professor would. So what do you think? Crazy. Or crazy like a fox?

Carmen
Posted by CarmenT at 4:05 PM